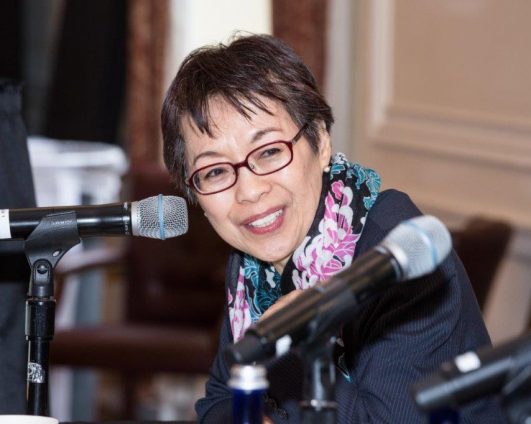 Sharon K. Hom is Executive Director of Human Rights in China (HRIC) where she leads its international advocacy and strategic policy engagement with NGOs, governments, and multi-stakeholder initiatives. She is Adjunct Professor of Law at the NYU School of Law. Professor of law emerita at the CUNY School of Law, Hom taught law for 18 years, including training judges, lawyers, and law teachers at eight law schools in China. She regularly appears as guest and commentator in broadcast programs worldwide, and is frequently interviewed by and quoted in major print media. In 2007, she was named by the Wall Street Journal as one of the “50 Women to Watch.” Hom has presented extensively on a variety of human rights issues before key European, U.S., and international policymakers.