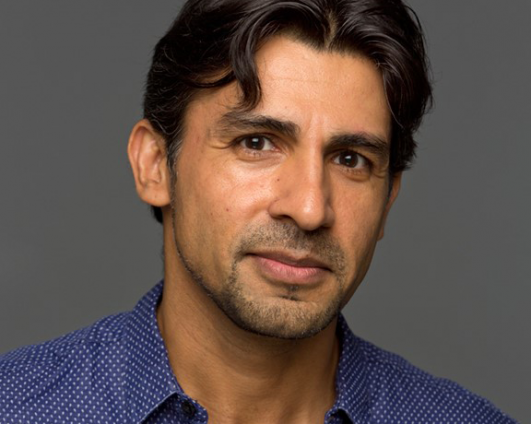 Nitin Sawhney is the Assistant Professor of Media Studies at The New School and the Faculty Fellow with the Graduate Institute for Design, Ethnography and Social Thought (GIDEST). His research, teaching and creative practice engages the critical role of technology, civic media, and artistic interventions in contested spaces. He examines social movements and crisis contexts, though forms of creative urban tactics, participatory research, performance and documentary film. Sawhney has conducted digital storytelling initiatives with Palestinian youth in refugee camps since 2006 and co-directed the award-winning documentary film Flying Paper, co-produced with children in Gaza with support from National Geographic. He established the Engage Media Lab at The New School to support participatory media programs and research with youth in Jerusalem and New York. In 2011-12, Sawhney led OccupyDataNYC, a series of hackathons and exhibitions visualizing socio-political data and tactics of urban protest, conducted with activists and researchers at The New School, NYU, and CUNY. As part of his GIDEST fellowship, he is currently researching how various forms of contestation and agonism in collective social contexts challenge and transform participatory design. Sawhney completed his Ph.D. at the MIT Media Laboratory and taught at the MIT Program in Art, Culture and Technology.